Malta is a magnificent island in the middle of the Mediterranean sea. Our knowledge about Malta mostly link to the  Maltese Knights (did you know what the full name of Maltese Order is Sovereign Military Hospitaller order of Saint John of Jerusalem, of Rodoce, and of Malta?), but this small island also was a base for the corsairs.

The Corsair was a specific job.  Partly it was a military job, but usually, that job was fulfilled by civil people. Those people were on services for King, they paid taxes to King by stolen goods. King (or Maltese knights as it was on Malta) help them to equip a ship and then they robbed the ships of the King’s enemies. Usually, there were Muslims ships. And this was main difference from pirates. Pirates could rob and killed any ship, which they want and they left all the prey to themselves.

Almost 17% of Maltese population were corsairs and the rest supported this sort of business.

That business gave work for many generations of Maltese. Before going to sea, corsairs had to solve a lot of  problems: repair or bay the equipment for a ship, hire sailors and rowers (these guys often weren’t corsairs – they just worked for corsairs). After successful raiding, they needed a place where they could bring captured ships, store and sell stolen goods, keep the enslaved members team of the robbed ship. Thus, almost half of the population of Maltese had work to support this business.

Port still have a lot of special warehouses, every warehouse belongs to the concrete ship. 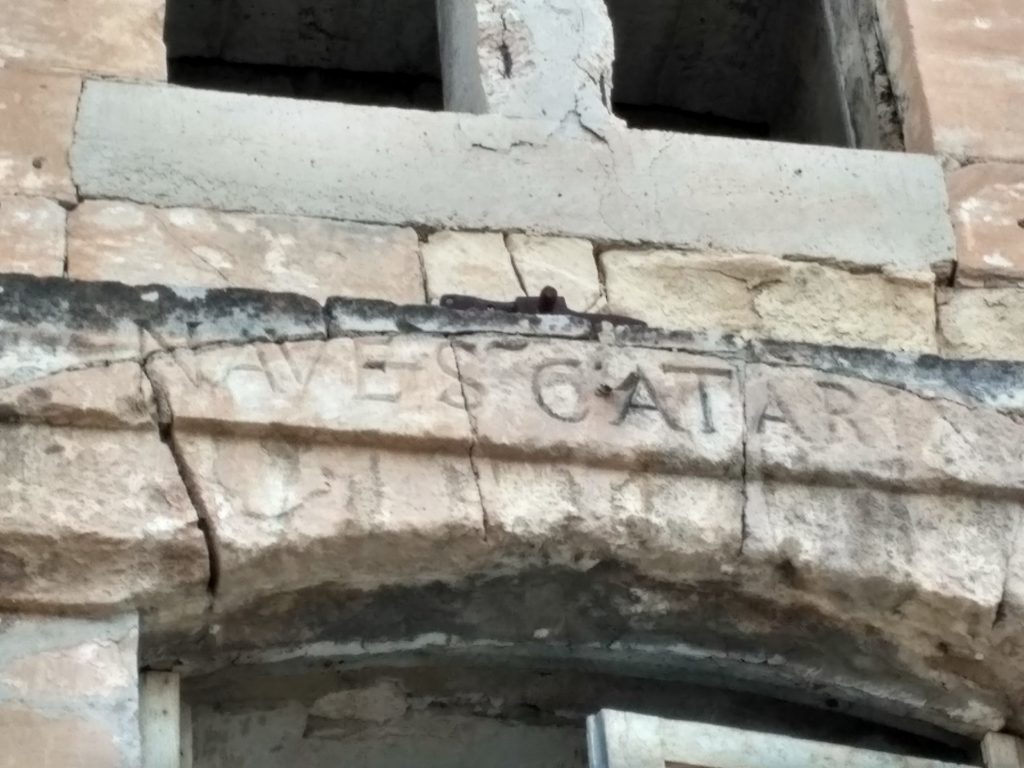 Name of ship is written above the entrance.

Corsairs had an interesting tradition: after successful raiding,  they melt copper candlesticks and made of them door hammers in the form of dolphins with tails from a trident of Neptune. Because when they were on they way home — dolphins very often accompanied their ships, and it was a sign of good luck. And the trident symbolized the protection of the god of the seas. Nowadays we can see a lot of this things on the entering doors.